The music industry has always been a rather corporate machine, where those who lucky view rise to the top. In recent years, it has advanced, becoming even more calculated, with the formula tweaking and altering as time passes and a new hit is made. However, there is still room for artists that just make music for the love of it, success or not. Artists like Jen Gloeckner. 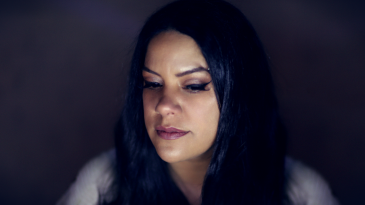 Hailing from the shores of Dubuque, Iowa, Gloeckner has steadily crafted a respectable and inspired back catalogue. Her music is immersive, seductive and haunting, incredibly personal yet unhinged. Recorded and produced by the artist herself in her bedroom, her latest offering “VINE” comes seven years after her last album “Mouth of Mars”, yet she doesn’t miss a beat producing something that she hopes allows her listeners to “find their own meaning in the record”.

However, music wasn’t always the plan, or even an idea. Gloeckner began her venture into the industry by accident. 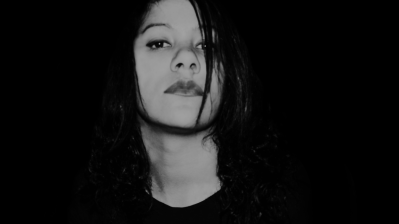 She credits her beginnings to “a digital work station [she] had at the time” which she began messing around with, before eventually “the songs came together, so I sent it off to a record label”. Miraculously, despite her worry that they would “want to re-record everything” they didn’t and released it as she had sent it. That messing around has culminated in a career spanning over a decade with her debut being released way back in 2004, followed by “Mouth of Mars” in 2010 and finally, 2017’s “VINE”. The gap between releases, which Jen credits to an unfortunate back injury, has lit a fire beneath her, saying the time lost to the injury are “still needs to be made up for”.

However, while she may have lost time, she has lost any of her brilliance. “VINE” has received rave reviews, being called “weird and wonderful” by The Irish Times and “A poetic work” by Rolling Stone, with latter making comparisons to Björk, an artist who 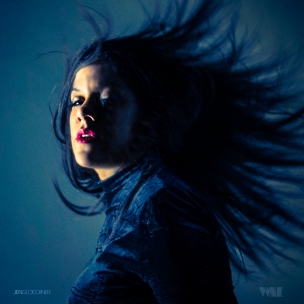 Gloeckner has “always had a lot of respect for”. The album, a sweeping and cinematic record, isn’t calculated according Gloeckner. The album’s wonder and off-beat nature wasn’t intentional as she doesn’t “consciously know how a record is going to sound, or have a specific direction in mind”. Instead, her music’s wonder and off-beat nature stem from ideas which she has the bravery to “let them develop and give them the time they need to go where they need to go”.

Gloeckner isn’t an artist who can be defined. She isn’t trying to be something, she just is. She doesn’t actively distance herself from the corporate machine that is a lot of the industry she inhabits, nor does she actively pursue it. As for the future, she says “a music career in the traditional sense is kind of out of the picture, which is probably a good thing, because that creates many more opportunities”.

Jen’s album “VINE” is available on iTunes and Spotify